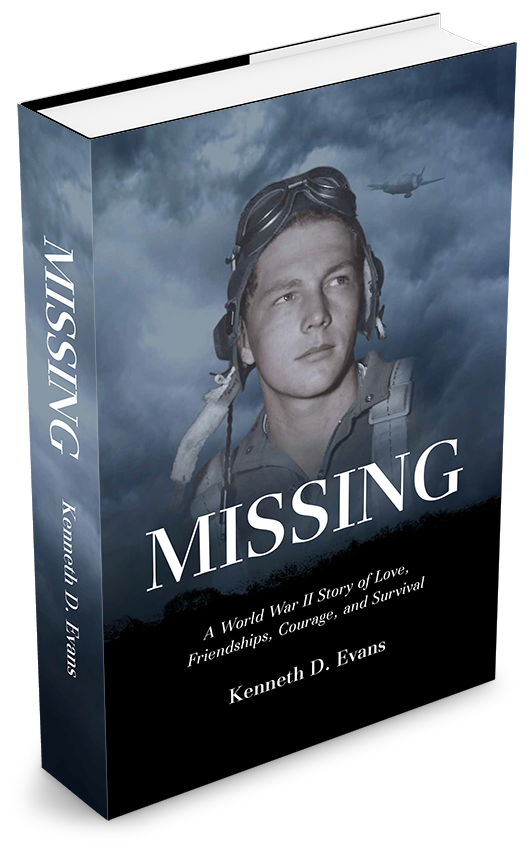 On Day 9 of the Battle of the Bulge, 2nd Lt. Donald N Evans was shot down behind enemy lines. Defying odds, he survived bailing out of his P-47 fighter plane seconds before it crashed. He limped and crawled through the snow-covered Ardennes Forest until after dark,  trying to find a way back to the American front lines. Lost, cold, and hungry, Don spent Christmas Eve huddled under a pine tree, wondering if he’d ever see his family again. Ahead lay capture by German SS Troops, a 200-mile forced march, near starvation, abuse by guards, and internment in a German POW camp. His will to overcome nearly insurmountable odds is inspiring. That he actually did so is a miracle. Read More

Author of The Forgotten 500

“Missing is the story of how a young man’s ordeal in war shaped him, strengthened his love for the woman waiting back home, and ultimately gave meaning to his life. Ken Evans has done a superb job of researching and telling the story of his father, who represents so many other men from World War II whose stories may never be told.”

“Having lost my own brother in World War II, I believe it’s vital for us to remember the sacrifices and service so many gave in that great conflict. Kenneth Evans’s heartfelt recounting of his father’s experiences as a WWII pilot and POW is a touching tale of friendship, sacrifice, and the sustaining power of love.”

Commander of the Ninth Air Force

“Lt. Donald N Evans distinguished himself in the course of his military service during World War II, especially by the way he conducted himself in captivity. The author truly honors his father’s legacy with such a touching story—you won’t want to put it down once you get started. I salute him for this beautiful book.”

“In Ken Evans’s book Missing, he follows the World War II experiences of his own father during wartime in Europe. Through firsthand letters, journals, and personal histories, we get an exclusive glimpse into a time and place we can only read about today. A wonderful book and a beautiful read.”

psychologist, WWII historian, and author of Second to None: The History of the 368th Fighter Group

“There are many excellent World War II histories and biographies. Rarely does one find both under a single cover. More than a love story, Ken Evans’s book pays tribute to his father’s comrades and others who touched his family’s life. Missing chronicles the unvarnished, often cruel truths from the dangers faced by Air Force pilots, the friendships they made and lost, and the constant uncertainty endured by loved ones at home. Historical references, excellent photos, documents, and maps provide ample historical context. This book is a must read for any WWII enthusiast—and for all those interested in a heartfelt story of humanity.”

“Typical of the Greatest Generation, Don did what he had to do for his country, then returned home, got on with his life, and didn’t talk about the horrors he had witnessed and the roiling pain he felt the rest of his life. This book is about the need of the author to know his father and the other life he led in the war and rarely discussed—driving him to hundreds of hours of research and ultimately a trip to Europe to retrace his father’s footsteps, from the crash site to the POW camp. It is a loving tribute to the man he called dad.”

KENNETH D. EVANS was a CPA and business consultant for more than forty years. During his career, he helped set up and served as a board member on several nonprofit organizations, including an equine therapy center for people with disabilities and a foundation operating schools in Guatemala. He also assisted in interfaith disaster relief efforts following Hurricanes Beulah and Katrina.

An outdoor enthusiast, Ken enjoys fly-fishing, horseback riding, and spending time at his family cabin. He and his wife Sandy have six children and fifteen grandchildren. They reside on his family’s farm in Saratoga Springs, Utah.

Ken’s decade-long quest to learn and write about his father’s World War II experiences was featured in Salt Lake City’s Deseret News on Father’s Day 2017. Missing is his first book. 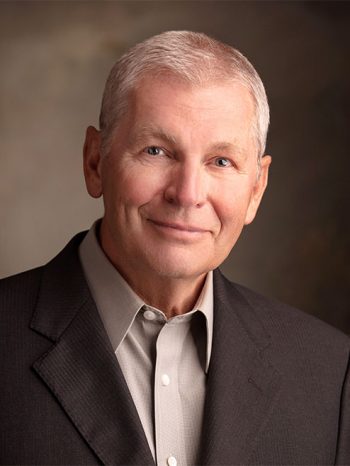